80 Years of Skiing at Alta

For the past eight decades, Alta Ski Area has provided a unique and authentic skiing experience nestled atop Little Cottonwood Canyon

Utah’s Alta Ski Area is often referred to as a "skier’s mountain." It’s one out of three ski-only areas in the United States, and for the past eight decades, it’s provided a unique and authentic skiing experience. Generations of skiers have been coming to this ski haven nestled atop Little Cottonwood Canyon within the Wasatch Mountain Range for its quality deep powder, beautiful mountain scenery, and unfailing snowfall year after year.

January 15th, 2019 marked the 80th anniversary of Alta's opening day. It was officially designated a ski area in 1938 with the construction of the second ski chairlift in the western U.S. (a couple years after Idaho’s installation in Sun Valley). This was in part thanks to the Salt Lake Winter Sports Association (later known as the Alta Ski Lifts Company) and a group of local businessmen who raised $10,000 for the project. 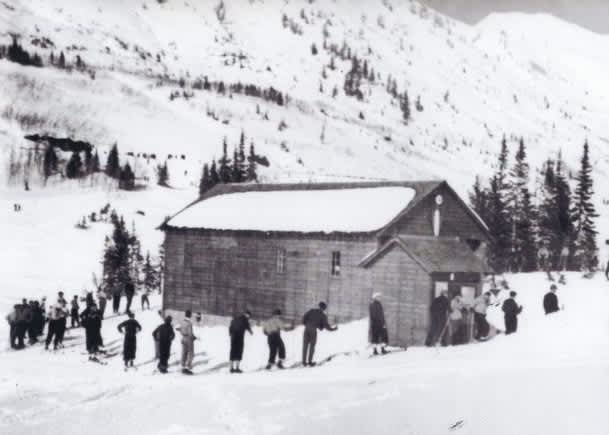 However, it’s the years and events that took place prior to Alta’s establishment as a ski area that helped define what it has become for skiers today. In 1935, world-champion skier Alf Engen (the namesake of Alta’s ski school, which he helped establish) explored Alta’s slopes on behalf of the U.S. Forest Service to scout potential winter sports sites. His recommendations to the U.S. Forest Service ultimately sparked the catalyst for Alta’s development as a future ski area. The following year, a road to Alta was constructed using an old railroad bed.

In 1937, George H. Watson who had been buying old mining claims in the area gave up 700 acres of his deeds to the U.S. Forest Service for recreational use. Another 900 acres was then contributed by Wasatch Mines owner William O’Connor. Both of these events finally allowed the U.S. Forest Service to approve Alta as a designated ski area to the Winter Sports Association. 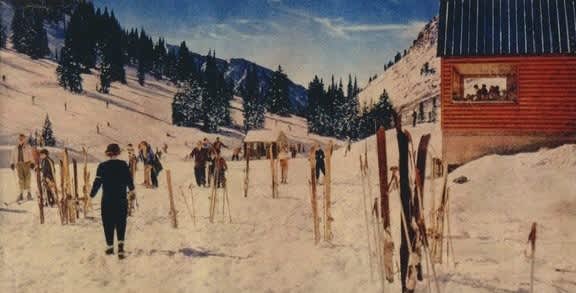 From its unassuming beginnings, Alta has continued to grow. In 1960, the Alta Ski Area was enlarged to accommodate the growing popularity of skiing. "By 1970, Alta recorded 92 full-time residents and was incorporated as a town in order to become eligible for federal government funds," explains Connie Marshall, the director of marketing for Alta Ski Area and one of the longtime residents of Alta dating back to the mid-1970s. “The incorporation brought with it the formulation of an overall master plan for future development of all surrounding private lands.”

But the expansion into private lands didn’t stop there. It spilled over into neighboring ski resorts as well. During the 2001-2002 ski season, Alta partnered with neighboring Snowbird Ski Resort to offer a lift ticket and season pass that gave access to both resorts. This meant skiers had access to a total of 4,700 acres of skiing terrain and 26 chairlifts. Since this combo move, Alta-Snowbird was named the top ski destination in North America five years in a row by Skiing Magazine.

Despite the growth, though, for more than 80 years Alta has remained true to its original purpose and statement: To provide authentic skiing experiences in a natural mountain environment. "A commitment to the pure sport of skiing has been unchanged," Marshall says. “Some describe the experience as no-frills, but it actually is an experience in which, organically, the various leaders of Alta’s evolution have held by the same tenant—preserve the quality of the skiing experience.”

That’s been the key to Alta’s decades-long success. It’s about paying attention to the small details that make a significant difference, such as capacity on the mountain, the number of ski lifts, and being thoughtful about where those lifts take skiers and how fast they deliver them on the mountain. While it’s a legendary leader in Utah’s skiing, Alta is anything but elitist, as it welcomes newcomers of all levels and ages. Countless Utah residents learned to ski here, and now bring their kids here to do the same.

When asked what makes Alta a successful ski resort that people keep returning to over the years, Marshall replies, "Our care and respect for this place," she says. “The unparalleled beauty at the top of Little Cottonwood Canyon. Our loyal skiers. Our fierce independence.”

Written by Emily Polachek for RootsRated Media in partnership with Alta.