Between noon Saturday and Thursday morning, 60 inches of new snow fell on the top of Little Cottonwood Canyon

While probably a minor footnote in the storied history of Alta snowfall, this past week saw some of the best skiing in recent memory. Between noon Saturday and Thursday morning, 60 inches of new snow fell on the top of Little Cottonwood Canyon. 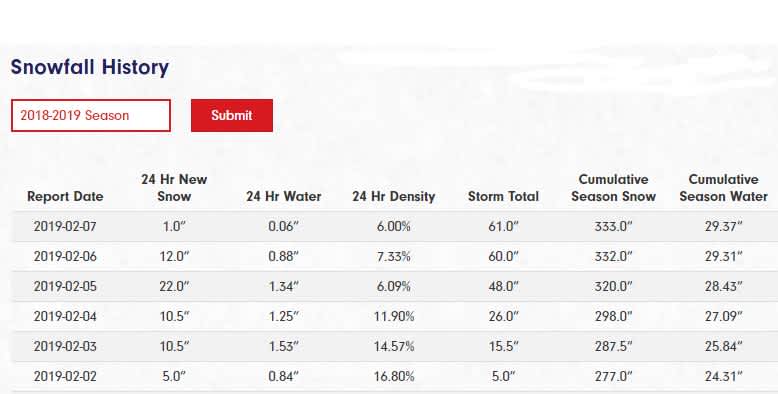 The first waves of the storm came in from the southwest, delivering 26" of high-density snowfall that spackled the trees, rocks and moguls, making for some phenomenal storm skiing. Snow-to-water ratios started in the mid-teens and slowly lowered to around 11%, wetter than usual for Alta, but also the perfect base for what was to come.

The next wave of the storm came via the more traditional northwest flow, dropping almost two feet of 6% density snow in less than 24 hours. Unfortunately for a lot of skiers, the new snow created many down-canyon avalanches that forced Little Cottonwood to close for the day. Alta Ski Patrol was able to open Wildcat and Collins lifts for the thousand or so lodge guests, employees and Alta residents that were “stuck” up canyon. It was Alta’s first true “Country Club” day in years.

It snowed another foot overnight and Highway 210 opened. The following day was one of the best ski days of the season to this point. The sun even made an appearance for the first time in almost a week, providing just enough light for residents and employees to locate and extract their vehicles.

On the heels of 7 Feet in 10 Days to end January, the start to February has Alta sitting pretty with a ten-foot mid-mountain base and season snow totals rapidly approaching 400". According to OpenSnow.com, Alta snowpack is 135% of normal. Oh, and there's snow in the forecast for the holiday weekend.

Not yet convinced? Check out some scenes from the 60 Inches in 100 Hours Storm Cycle.